Home » The 8 Types of Verbs: Examples and Rules

The 8 Types of Verbs: Examples and Rules 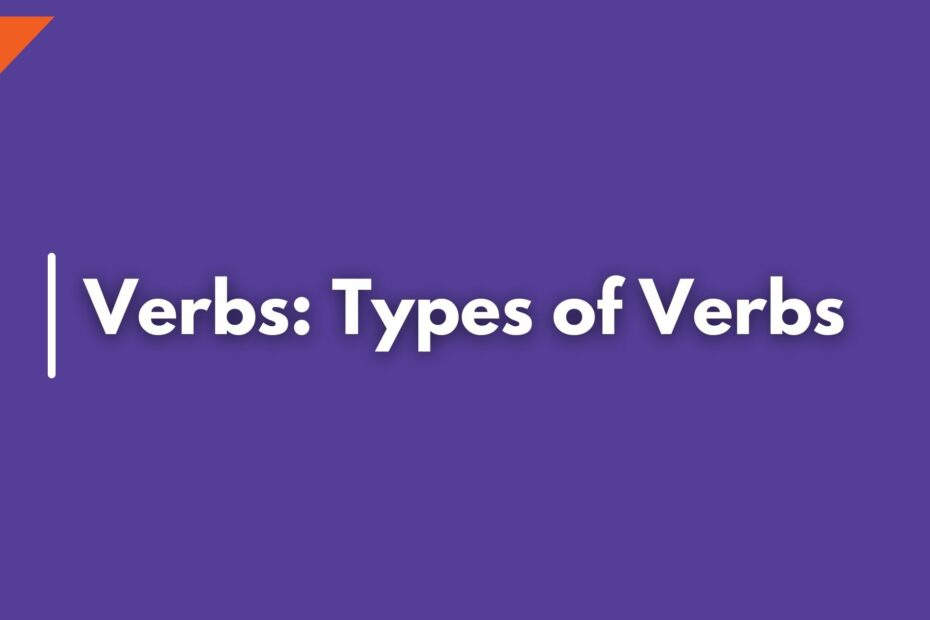 Verbs are one of the most important parts of speech in the English language. They are used to describe actions, states, and occurrences, and can be conjugated to express different tenses. For example, write, run, go, read, etc. Mastering the use of verbs is essential for becoming a proficient English speaker. In this article, you will learn the 8 types of verbs.

Some examples of verbs:

Understanding the 8 Types of verbs

The classification of the action verbs depends on how they appear in the sentence. There are 2 main types of action verbs: transitive and intransitive verbs.

A verb is transitive when the sentence’s meaning passes directly from the subject through the verb into the object. Transitive verbs needed to have one or more objects to complete the purpose of the sentence—the action of the verb that makes perfect sense, called transitivity.

For example, In the sentence “ Oliver washed the car,” the car is the object that makes sense or completes the action of a transitive verb. Suppose we remove the objects from the sentence above. In that case, we left with incomplete statements: Oliver washed.

An intransitive verb is a verb that does not take a direct object to complete the purpose of the sentence.

Linking verbs connect the subject of a sentence with a noun or adjective that describes or identifies it. They are used to describe the state of a subject, but they do not express any action. Some common linking verbs include; be, become, appear, look, feel, sound, smell, and taste. These verbs are important in creating clear and concise sentences. Without linking verbs, our writing would be choppy and difficult to understand.

There are several different names for linking verbs, the same as copular, copulas, and notional verbs. The following are the standard linking verbs in English.

Auxiliary verbs (also called helping verbs) help to form the tense of a verb phrase or show the degree of ability, possibility, or certainty.

An auxiliary verb is a verb that provides additional or supporting information about the main verb in a sentence. The auxiliary verbs help to show the perfect aspect along with the participle. The most common auxiliary verbs such as can, could, may, might, must, shall, should, will, and would.

Modal verbs express the mode and manners in which action takes place. They do not appear as gerunds, infinitives, or participles. The standard modal verbs in English are: can, could, will, would, may, might, must, ought to, and should.

Incomplete verbs require something more than subject and object to complete the purpose of the sentence. The most common incomplete verbs are: become, look, seem, appear, smell, make, call and taste.

A finite verb is a verb that has a subject. The subject of a verb, and thus the subject of the clause or sentence in which that verb appears, is the factor responsible for the action or activity indicated by the verb:

An infinitive verb is a verb in its simplest form. It is not conjugated and is not attached to a subject. Infinitive verbs are often used as the root form of a verb, or the base form. The base form is the form of the verb that is used in dictionaries. For example, the base form of ‘walk’ is ‘to walk’.

Non-finite verbs are verbs that are not inflected for person or number and do not indicate tense. There are three types of non-finite verbs: infinitives, gerunds, and participles. Non-finite verbs can function as either verbs or adjectives in a sentence.

In conclusion, there are 8 types of verbs: action verbs, linking verbs, auxiliary verbs, modal verbs, incomplete verbs, finite Verbs, infinite Verbs, and, non-finite. Each type of verb serves a different purpose in a sentence. When choosing a verb, it is important to select the one that most accurately describes the intended meaning.