Home » The 8 Parts of Speech: Examples and Functions

The 8 Parts of Speech: Examples and Functions 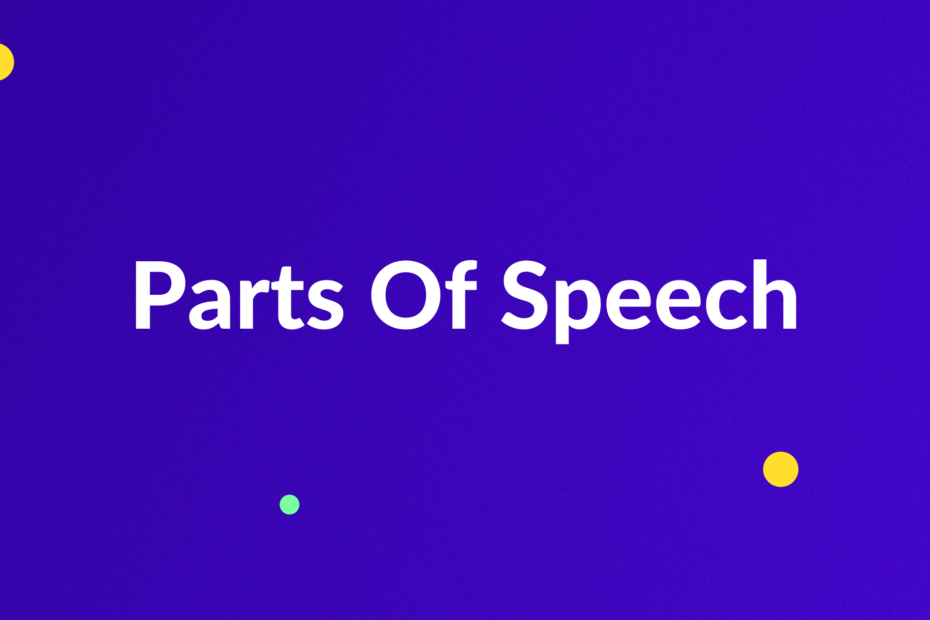 The 8 Parts of Speech: You Need to Know

Nouns are the names of people, places, and things. They are the biggest part of speech and can be either proper or common. Proper nouns name specific people, places, or things and are always capitalized. Common nouns are everything else. They can be countable or uncountable. Countable nouns have a definite number (1, 2, and 3) while uncountable nouns do not have a definite number (singular/plural). Uncountables are things that cannot be counted because they don’t have any size or shape – for example, “air” or “water”.

Here are some examples of Nouns:

Pronouns are words that stand in for nouns or are used in place of nouns. They can be used to avoid repetition and make your writing more concise. For example, “John is going grocery shopping.” If the writer uses a pronoun instead of repeating “John” (or some other noun), it will have fewer syllables and be easier to read.

Pronouns stand in for nouns and can be personal (I, me, you), reflexive (myself, yourself), indefinite (everyone, somebody), demonstrative (this, that), relative (who, which), or interrogative (who, what).

Adjectives are words that describe or modify nouns or pronouns. They can be single words such as “green” or “slow.” It can also be a phrase, such as “in the dark” or “of great value.” They tell us something about the nouns they modify. Adjectives can be used to describe people, places, things, and ideas. For example:

Verbs are the words that describe or express an action or state of being. For example, the verb “to run” means “to move.” A sentence with a simple verb would be: “The ball ran away.”

There are three main types of verbs: action verbs, linking verbs, and helping verbs. Action verbs are the most common type of verb. They express physical or mental actions. Linking verbs connect the subject of a sentence to a noun or adjective that describes the subject. Helping verbs help to make a verb tense or show ability or possibility.

Adverbs modify verbs and adjectives, other adverbs, determiners, noun phrases, clauses, or sentences. They typically express manner, place, time, frequency, degree, level of certainty, etc., answering questions such as “how?”, “when?”, “where?”, “how much?” or “how often?”.

Conjunctions are words that join two or more words, phrases, or clauses. The most common conjunctions are the coordinating conjunctions (and, or, but…), however, there are many more that can be used to join clauses together. Examples include:

Conjunctions are used to create compound sentences and coordinate clauses.

Interjections are words used to show emotion, usually followed by a few letters. They’re not used in formal writing, but they can be useful for showing how you feel during a conversation. For example: “Oh no!” I yelled as the book fell from my hands and hit the floor with a loud thud.

The 8 Parts Of Speech – Summary

Here is a quick overview of the 8 parts of the speech: