Home » Transitive vs Intransitive Verbs: What Is The Difference?

Transitive vs Intransitive Verbs: What Is The Difference? 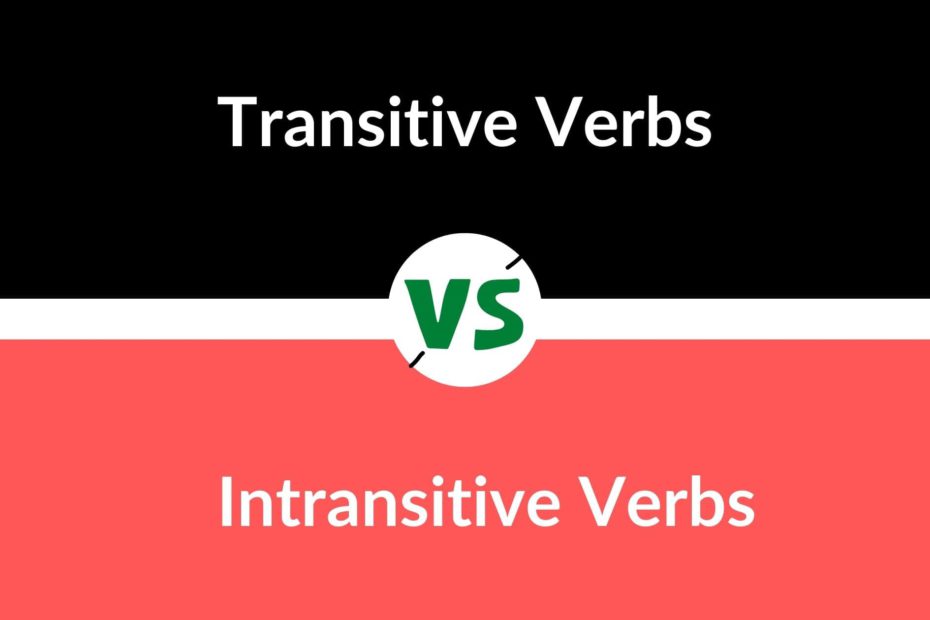 What are Transitive Verbs?

For example, in this sentence: “Sophia crossed the road.” The transitive verb ‘crossed’ requires an object to act upon like a road. So, the meaning of the sentence directly passes from subject to object.

What if you remove the objects from the above sentences. Then, you are left with an incomplete statement: Sophia crossed. Thus, transitive verbs always needed an object to complete the purpose of the sentence.

How do you identify a transitive verb?

What are Intransitive Verbs

For Example: “I am walking.” This sentence has an intransitive

How do you identify an intransitive verb?

Phrases such as down on or up to are added to the verb “look,” for example, looking after or looking into, looking down on, or looking up to.

By adding prepositions or prepositional adverbs to the intransitive verb look, we produce several transitive compound verbs: look after (care for), look at, look back at: look back on (remember), look down on (literally and figuratively to despise), look for. Look forward to, look in on (visit), look into (investigate), look out (items for a jumble sale), look out for (await, beware of), look out on, look over (examine), look through (a lens, or to scan, look to (attend to), lookup (a dictionary or an old friend), look up at, look up to (admire).

Each of these compound verbs is now transitive and must be followed by a direct object to complete its meaning: When his neighbor went into the hospital, John looked after her cat. Children look forward to their next birthday; older men look back on their past.