Home » Affect vs Effect: How to Choose Right Word

Affect vs Effect: How to Choose Right Word 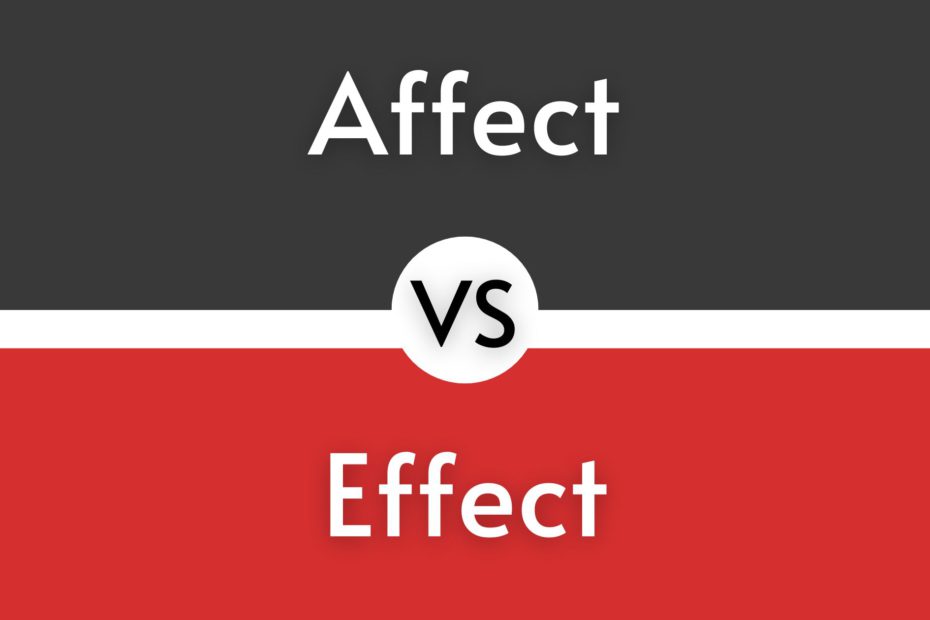 There’s a lot of confusion about when to use affect and effect. In general, affect is a verb and effect is a noun. However, there are some exceptions to this rule. Here’s a quick guide to help you choose the right word.

Most people are familiar with the word “effect,” but far fewer know about, “affect.” Both words are derived from the Latin verb afficere, which means “to do to,”  and both words can be used as either nouns or verbs. The main difference between the two words is that “effect” is almost always used as a noun, whereas “affect” is primarily used as a verb. As a result, affect is often less familiar to English speakers than effect.

The Difference Between Affect and Effect

Affect and effect are often used interchangeably, but there is a subtle difference. Affect is usually a verb meaning “to influence” or “to produce a change in.” The effect, on the other hand, is usually a noun meaning “the result of” or “the change that is caused by.” For example, you could say “The new software had an affect on my computer’s speed,” meaning it made the computer run faster. Alternatively, you could say “The new software had the effect of making my computer run faster,” meaning the same thing. In both cases, affect is used as a verb, and effect is used as a noun.

Here are some example sentences:

When to Use Affect

When you want to show that something has an influence on something else or changes it in some way, you use the word “affect.” For example, “The new law will affect how businesses operate.” Affect can also be a verb meaning to produce an emotion or feeling in someone.

When to Use Effect

When you want to indicate that something has caused something else to happen, you use the word “effect.” For example, “The effect of the medication was almost instantaneous.” Something can also be an effect of something else. In this case, it’s a noun. For example, “Global warming is one of the effects of carbon emissions.”

Affect vs Effect: Remember the Difference

The words “affect” and “effect” are often used interchangeably, but they actually have very different meanings. “Affect” is a verb meaning “to influence or change.” “Effect” is a noun meaning “the result of an action.” Here are some examples to help you remember the difference:
The affect of the medicine was almost immediate. (=The result was nearly instant.)
The effect of the medicine was to make her sleepy. (=The result was that she felt sleepy.)
I’m going to try to affect a change in my behavior. (=I’m going to try to change my behavior.)
I hope this will have an effect on your decision. (=I hope this will influence your decision.)

There is a big difference between affect and effect, though they are often confused. Affect is a verb meaning to influence or have an impact on. Effect is a noun meaning the result of something. In other words, affect is what you do to something, and effect is what happens to it.