Home » Too vs To: When to Use Each One

Too vs To: When to Use Each One 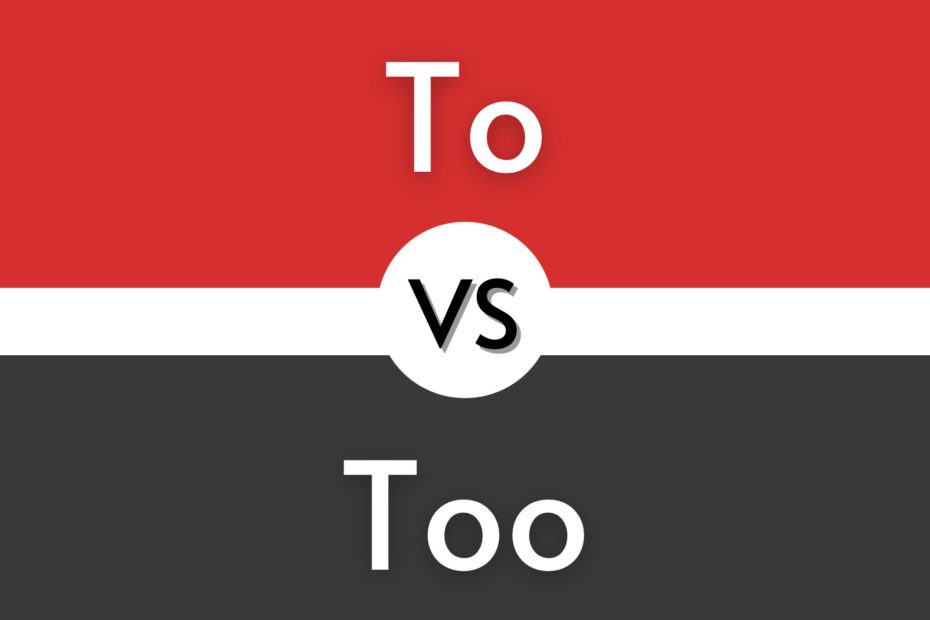 “To” and “Too” are both commonly used English words, but they have different meanings. “To” is used as a preposition, whereas “too” is an adverb. It can be tricky to know when to use “to” and when to use “too”. In this article,  I will show the difference between To and Too. Stay here!

What is the difference between “To” and “Too”?

Examples of TO and Too:

To as an infinitive

‘To’ is one of the most versatile words in the English language. It can be used as a preposition, an adverb, or even conjunction. However, its most common usage is as an infinitive. An infinitive is the basic form of a verb, typically preceded by “to,” that expresses an action or a state of being. For example, the infinitive form of the verb “walk” is “to walk.”

When used as an infinitive, it can have a variety of different functions. It can express purpose, as in “I went to the store to buy some milk.” It can also express direction, as in “He walked to the door.”

Hopefully, this clears things up a bit. Just remember that if you’re not

When to use “Too”

The word ‘too’ is used to show that something is excessive or more than is necessary. For example, if you say ‘I have too much work to do’, you mean that you have more work than you can cope with. If you say ‘That dress is too expensive, you mean that the dress costs more money than is reasonable. The word ‘too’ can also be used to show that something is not as good as it should be. For example, if you say ‘This coffee is too hot, you mean that it is not as cool as it should be.

To vs Too: The Difference in Formality

To and too are both commonly used in English, but they cannot always be used interchangeably. When deciding which word to use, it is important to consider the context and the formality of the situation. To is more formal than too and is always used before a verb, while too is less formal and can be used either before or after a verb.

To vs Too: How to Remember the Difference

“To” and “Too” are entirely different things with different meanings. When deciding which word to use, it is important to first identify the function of the word in the sentence.

If the word is being used as a preposition, it will usually be followed by a noun or pronoun. For example, “I am going to the store.” In this sentence, “to” is showing direction. When used as a preposition, It can also be used to indicate a recipient, as in “I gave the book to my sister. ‘Too’ generally has a negative connotation and indicates excessiveness, as in “There are too many people