Home » Passive vs. Active Voice: When To Use Each One

Passive vs. Active Voice: When To Use Each One 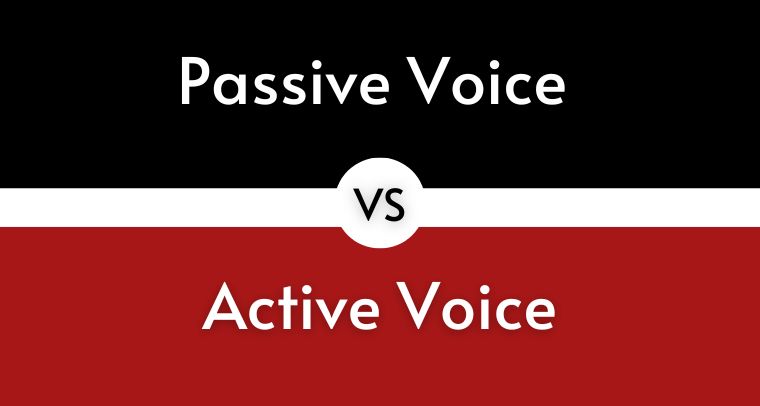 In writing, there are two common “voices.” The passive voice and the active voice. Each has its own set of benefits and drawbacks that you should be aware of as a writer.

Active voice sentences are always more precise than passive voice. Active verbs are stronger and more than passive verbs, which makes them easier to understand. In this article, you will learn the difference between passive and active voice.

Voice is the attitude and tone that a writer takes toward their subject and audience. It’s what makes a piece of writing sound like it’s coming from a real person, rather than a machine. There are two main types of voice: passive and active.

In passive voice, the subject of the sentence is acted upon by the verb. For example, “The gift was given to my brother by me.” In this sentence, the subject (gift) is receiving the action of the verb (given), and the actor (me) has been removed.

In active voice, the subject of the sentence performs the action. For example, “I gave the gift to my brother.” The subject (I) is performing the verb (gave), and the direct object (gift) is receiving the action. This is the most common voice in English.

When to Use Passive Voice

if you want to emphasize the object rather than the subject in a sentence, passive voice can be a good choice. Consider this sentence, written in both active and passive voice:

Active: The cashier counted the money.
Passive: The money was counted by the cashier.

In passive sentences, the subject is no longer performing the action, but receiving it.

When to Use Active Voice

The direct object of an active sentence is always the receiver of the action. It can be a person, place, or thing. It can also be a pronoun (I do) or a noun (the dog).

The active voice is more direct and clear. It refers to the use of the verb in its active form, rather than as a passive (referring to an action that’s been done on you). In example sentences, active voice generally flows better:

Active voice has many advantages over passive voice when it comes to clarity and fluency. However, writing in passive can be tricky because it’s not easy for readers to understand what you’re trying to say—and if they don’t get it right away, they might not even bother reading further!

Passive vs Active Voice: Which Should you use?

The best way to choose between passive and active voice is to read your work aloud. If it sounds natural, that’s the right choice. If it sounds forced or like you’re trying too hard, that’s the wrong choice. In general, an active voice is more direct, concise, and easier to read. Passive voice can be used effectively in certain situations, but overuse of passive voice makes writing sound dull and bureaucratic.

After reading this article, I hope you have a better understanding of the difference between passive and active voice. In general, active voice is more concise and easier to read, while passive voice can be used to add emphasis or to be more polite. There are exceptions to every rule, but in general, it is best to use an active voice whenever possible.