Home » What are English Proverbs?: Examples and Rules

What are English Proverbs?: Examples and Rules 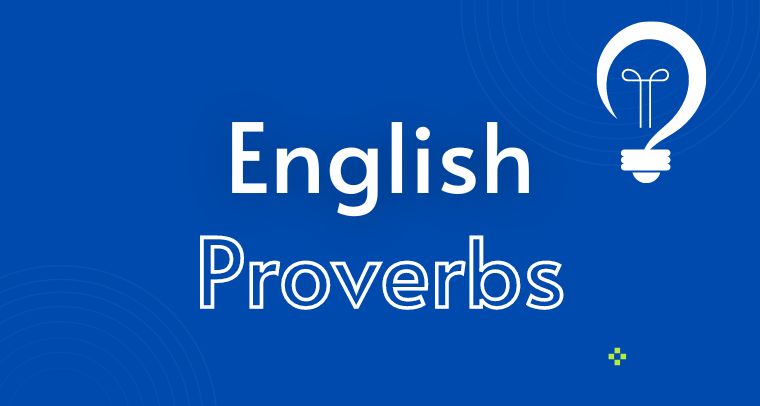 English proverbs are short, well-known common sayings that give advice or state a general truth. They are often based on old English historical events, customs, and traditions. They have been used for centuries in the English language. The word “proverb” comes from the Latin verb proverberare, meaning to speak well of or to praise. Proverbs are usually short, well-known sayings that express a truth or a wise or common belief.

Proverbs are found in all cultures, including those of Native Americans, African Americans, Chinese and Japanese people; they were also used by Europeans during their travels around the world (such as Marco Polo who was captured by Seljuk Turks while traveling through Central Asia). Native speakers use them almost every day in conversation but do not realize how many there are! These phrases don’t need much explanation because they tell us something about how people feel about something without saying what it is exactly for example:

Why are proverbs important?

Proverbs are a part of every culture and language. They offer guidance and wisdom on how to live a good life. Proverbs can teach us about the world around us and provide insight into the human condition.

Proverbs are used to convey a message or impart wisdom. They can be used as teaching tools, or they may simply be meant to make you laugh. Regardless of what purpose proverbs were originally intended for, they are still very much relevant today and can also help teach us about human nature in general.

Proverbs are often associated with historical texts, but there are many different kinds of proverbs that have been created over time: those that stem from religious teachings; those that originate from legends and folklore; even more generic ones such as “a stitch in time saves nine” (meaning if you don’t fix something right away it will cost more later).

Proverbs can be helpful in making decisions, solving problems, and understanding the world around us. They can offer comfort in times of trouble and help us see the humor in life’s challenges. Proverbs can also challenge us to think about the world in new ways and see things from different perspectives.

Proverbs often use imagery and metaphors to get their point across. This makes them memorable and easy to remember. They also tend to be universal in nature, which means they can be applied to any situation.

What are the benefits of learning proverbs?

Proverbs are an important part of our language and culture. They can add color and life to our speech, and reveal something about our history and values. Learning proverbs can also help us better understand other cultures.

Proverbs are used to educate, entertain, and make a point. Some people use them to teach morals and values. For example, if you’re learning about health and safety at school then your teacher might ask you what the proverb is for “don’t drink and drive.” You can answer by saying: “Don’t drink alcohol before driving,” which is correct because this is what the original proverb means when it says “don’t drink and drive.”

Proverbs could also be used as jokes or statements of fact in conversation with friends who don’t know much about life outside their own communities (for example, when I was younger my parents told me not to eat too much chocolate). In these cases, they would say things like: “I don’t care what people say about me; my friends are always happy when they come over!”

Proverbs can offer guidance in difficult situations, help us make decisions, and offer comfort in times of trouble. They can also be a source of humor. No matter what their purpose, proverbs are an important part of our shared human experience.

The opposite of a proverb is called its ‘proverbial meaning’. This can be used to say something very different from what the proverb means. For example, the phrase “A rolling stone gathers no moss” means that if you keep moving around, you won’t get attached to anything or anyone. However, in this case, it’s actually meant as an insult!

Another example would be: “A bird in the hand is worth two in the bush.” This means that if you already have one bird then it’s better than trying for another one at some point (which might not happen). But when we say “two birds,” we mean two separate birds here; so saying “a bird” twice instead of once like usual would mean that they both belong together!

The English language has a large collection of proverbs that were derived from various sources, including the Bible, Shakespeare, medieval literature, and Anglo-Saxon customs. Proverbs are commonly used in conversation and are frequently quoted by speakers as an expression of wisdom or advice. They are often memorable and can be used in everyday conversation. English proverbs are especially important to learners of the language because they can provide insight into native speaker culture and values.