Home » Definite vs Indefinite Articles: What Is the Difference?

Definite vs Indefinite Articles: What Is the Difference? 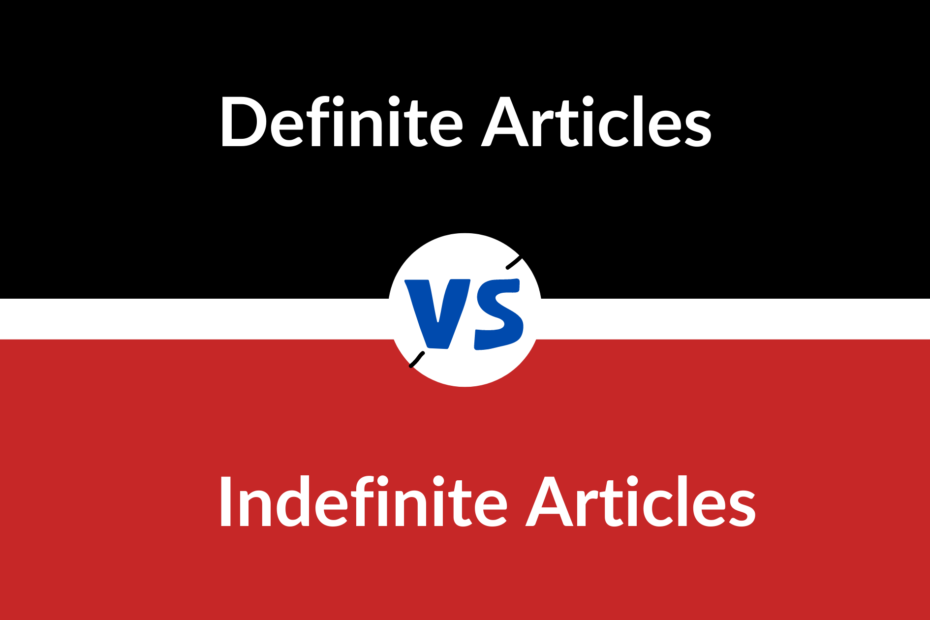 When to use Definite Articles

The definite article is used before a noun when the noun is specific or particular. For example, “the sun is shining” or “the moon is full.”

The definite article is also used before a noun that is unique, such as “the Earth.”

Definite articles are used before singular and plural nouns when the noun is specific or known to the listener. For example, “I saw the cat.” We know which cat you are talking about because you have already seen it.

I have the book you’re looking for. (There is a specific book that you want, and I have it.)

When to use Indefinite Articles

Indefinite articles are used to refer to something in a non-specific way. For example, “I have a dog.” In this sentence, the speaker is not referring to a specific dog, but just any dog in general. There are two indefinite articles: a and an. The choice between the two (a and an) depends on the first letter of the word that follows it.

Here are some examples: