Home » Legal Vs Illegal: What Is The Difference?

Legal Vs Illegal: What Is The Difference? 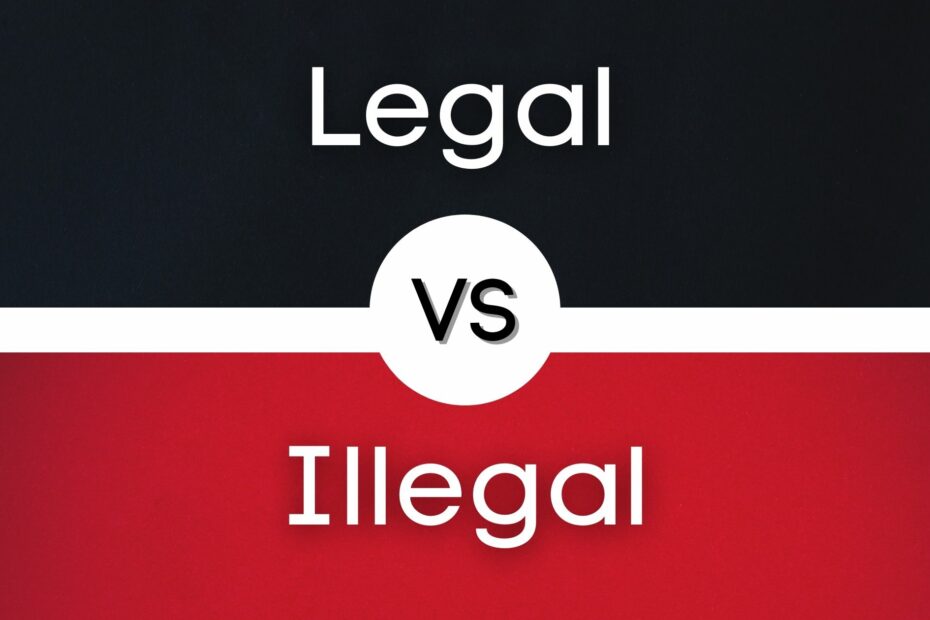 In the English language, there are lots of synonyms and antonyms for a single word. But, the terms ‘Legal’ and ‘illegal’ are antonyms of each other.  Both terms are established by official law or authorities. In this article,  I will show the difference between legal and illegal. Stay here!

What does legal mean?

The term “legal” means something is acceptable or allowed by law. The legal things are fully authorized by jurisprudence (philosophy of law).  The terms: legal access, legal advice, legal affairs, legal assets, legal heirs, and legal migration are common adjectives.

What does illegal mean?

The term “Illegal” is the opposite, and it means “not legal” that is prohibited by law. The official law and rules consider criminal activities strictly forbidden. Illegal things are unauthorized by jurisprudence (philosophy of law).  In short, illegal means against the law.

English has different ways of making something opposite. Usually, the letters “non” or “un” indicates the same thing as “no,” but “i” plus another letter sometimes shows the opposite of a word. Here are some examples:

Similarly, legal and illegal are opposite of each other.

Legal and illegal are entirely different things with different meanings. They can’t use synonyms for one another. After learning each term, it’s simple enough to know the difference. All legal action, migration, immigration, businesses, import, and export are allowed by law or official authorities. But any kind of illegal activity is not allowed by law.